Russia that you have never seen!!!

Russia or the Russian federation has always been a beautiful country. Its vast expanse and extreme climate makes it even more special. It is the largest country of the world. It is so large it spans over 11 time zones and borders 18 other nations. Huge biodiversity and natural beauties make it very apt for a tourist destination.

Here we have made a list of few places you must visit if you plan for Russia.

Church of the Savior on Spilled Blood, St. Petersburg 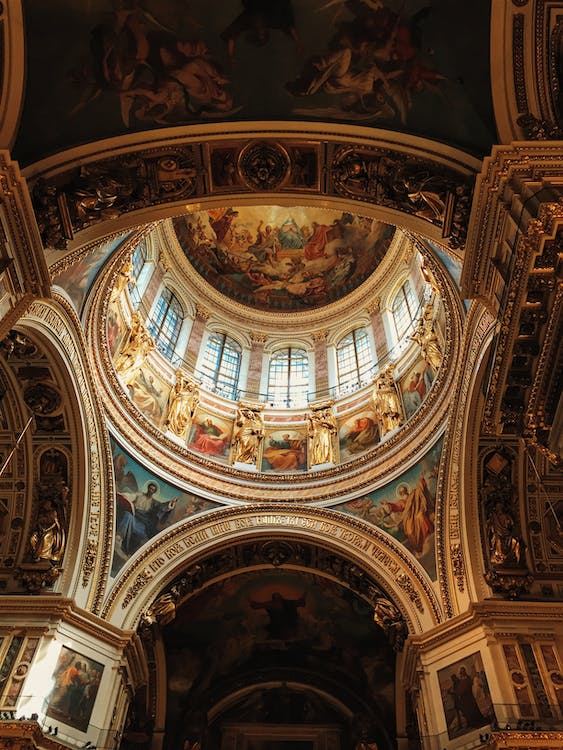 The Church of the Savior on Spilled Blood (Russian: Церковь Спаса на Крови, Tserkovʹ Spasa na Krovi) is one of the main sights of Saint Petersburg, Russia.

Architecturally, the cathedral differs from Saint Petersburg’s other structures. The city’s architecture is predominantly Baroque and Neoclassical, but the Savior on Blood harks back to medieval Russian architecture in the spirit of romantic nationalism. It intentionally resembles the 17th-century Yaroslavl churches and the celebrated St. Basil’s Cathedral in Moscow.

The church contains over 7500 square meters of mosaics—according to its restorers, more than any other church in the world.

The Church of the Saviour on Blood is a museum of mosaics. In the pre-Revolution period it was not used as a public place of worship.

Located in the Trans-Baikal region of Siberia, about 25 miles from the Kodar Glaciers these yellow sand dunes are hard to miss. The Chara Sands are laid out at the base of snow-capped mountains and are surrounded by ice fields and frozen blue lakes.

The Chara Sands is estimated to have formed about 55 to 100 thousand years ago, during the Muruktin glaciation period. The Chara area was at this time a lake delta in front of the Sakukan glacier and so was filled with water. In the Holocene era, wind erosion produced the blown sands dunes and the beautiful ripples seen today. 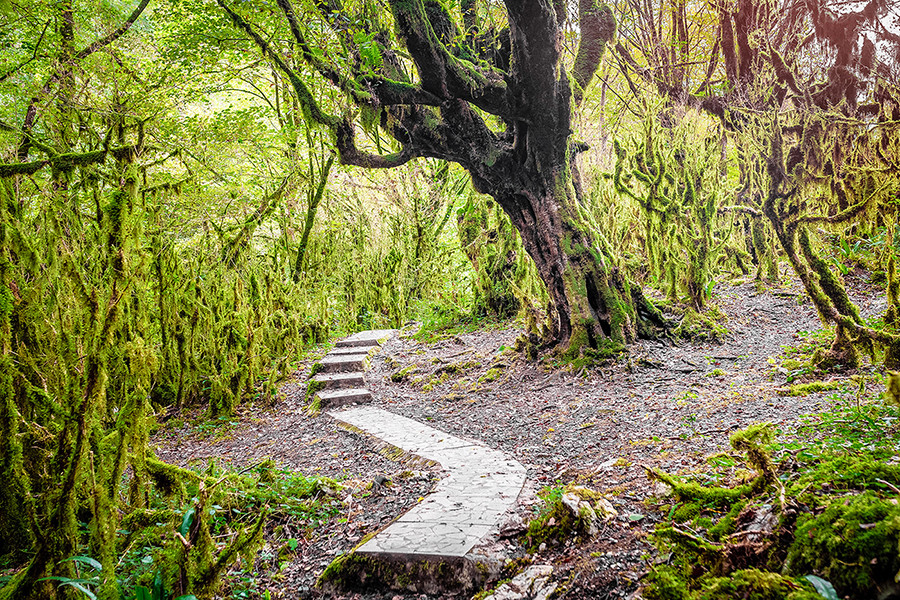 Nikola-Lenivets — is an art park, situated around a tiny village in the Kaluga region. A collection of modern art pieces and architecture finds itself in the beautiful natural landscape. All art objects are specifically created for this place throughout the last 17 years by artist Nikolay Polissky and participants of the Archstoyanie festival.

The park is open 24 hours a day and all year round. An entrance ticket is required for visit.

Franz Josef Land is an archipelago in the Arctic Ocean, and administratively part of Arkhangelsk Oblast, Russia.

About 300 km east of Svalbard and 400 km north of Novaya Zemlya, Franz Josef is one of the remotest parts of the world. It’s made up of 191 uninhabited islands, 85% of which are entirely covered by ice. It was named for the Austrian Emperor who ruled from 1848 to his death in 1916 and was the destination of the only major Austrian Arctic expedition.

The archipelago is a military area and you will need a special permit to enter. Since 2012 it has been part of the Russian Arctic National Park. 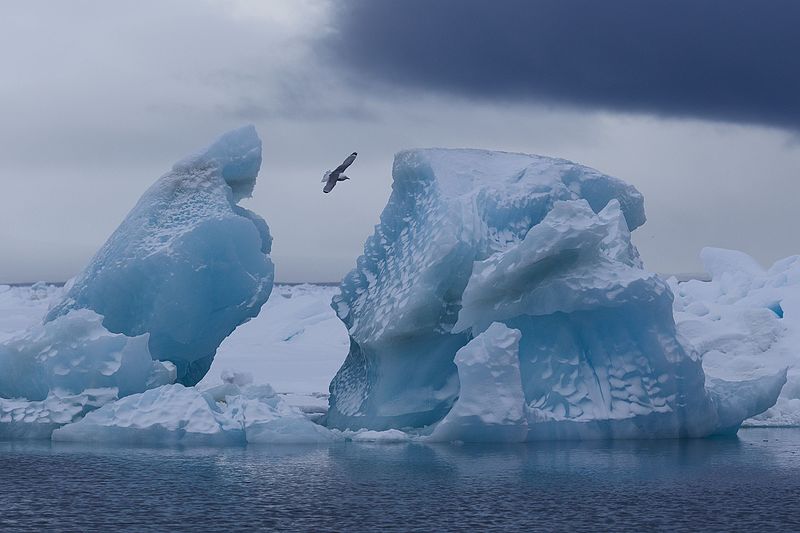 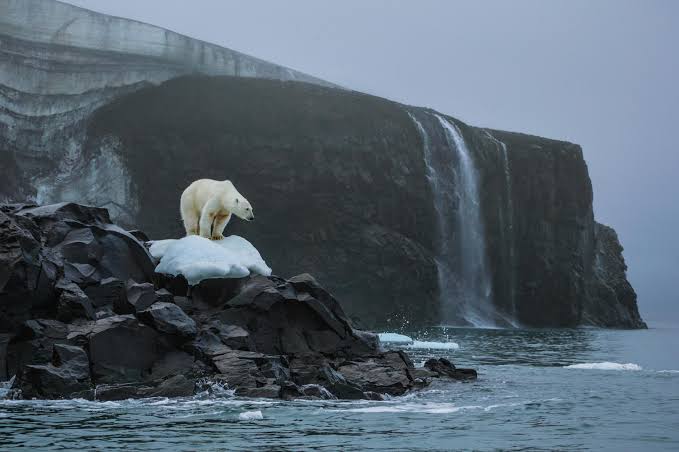 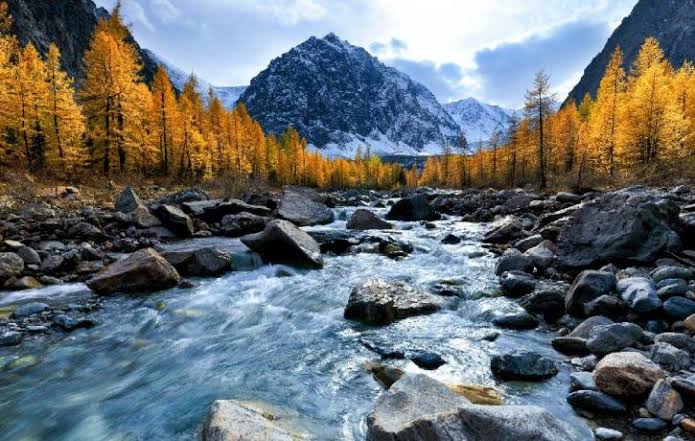 Three countries converge at the frontier of the Altai Republic: Mongolia, Kazakhstan and China, cradling the region in seven climatic zones and an amazing variety of landscapes. Most of Altai is a huge National Park, an enormous yet sparsely-populated area. This picturesque corner of Russia is home to over 7,000 lakes, snow-capped mountains – including Siberia’s highest peak (Mt. Belukha, 4,506m), shadowy forests, gurgling rivers, bears, wolves and even the ghost-like snow leopard.

Also called “The Switzerland of Russia” or “open-air museum”, Altai is the home to the UNESCO world heritage site – The Golden Mountains of Altai, which set the scene for some of the most spectacular hikes on the planet, with sweeping valley views, distant snow-capped mountains and lush alpine meadows. There are few places in the world where one can encounter so many landscape combinations in such a small area. 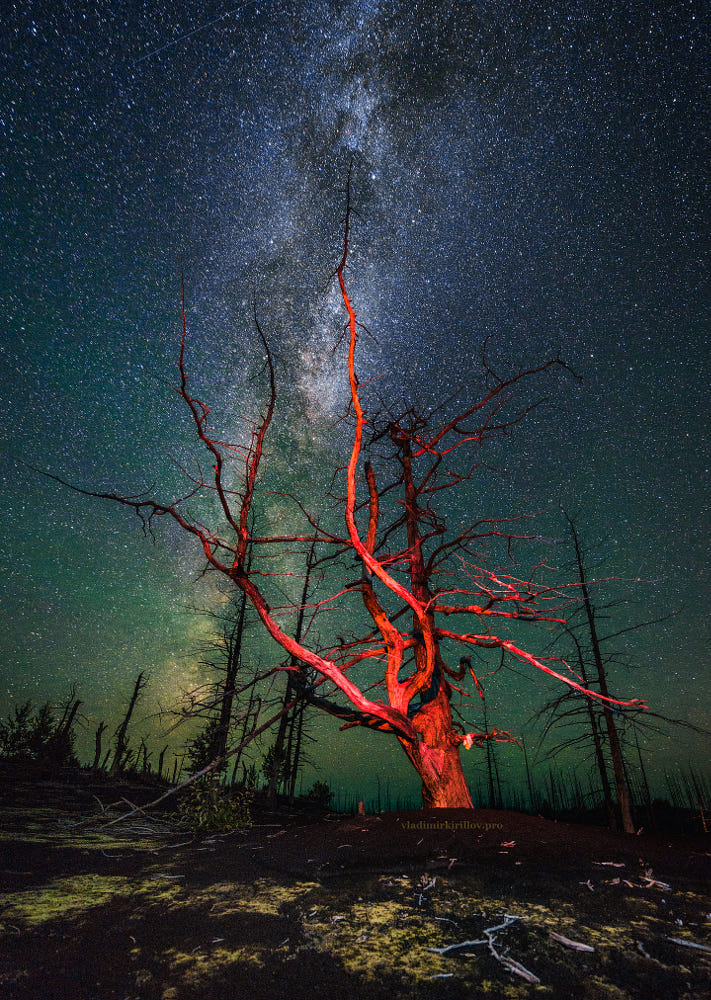 There are few places in the world that can enthrall quite like Kamchatka, easily Russia’s most scenically dramatic region. A vast volcanic peninsula that is almost entirely wilderness, Kamchatka is a place of extraordinary primal beauty, rushing rivers, hot springs and snow-capped peaks. Getting here takes time and effort, and exploring the region even more so, but few visitors leave anything other than awestruck.

Visitors to Kamchatka have traditionally been an intriguing mix of outdoorsy types and package tourists, both with deep pockets. Yet against all odds, Kamchatka has recently become viable for independent, relatively budget-conscious travelers. 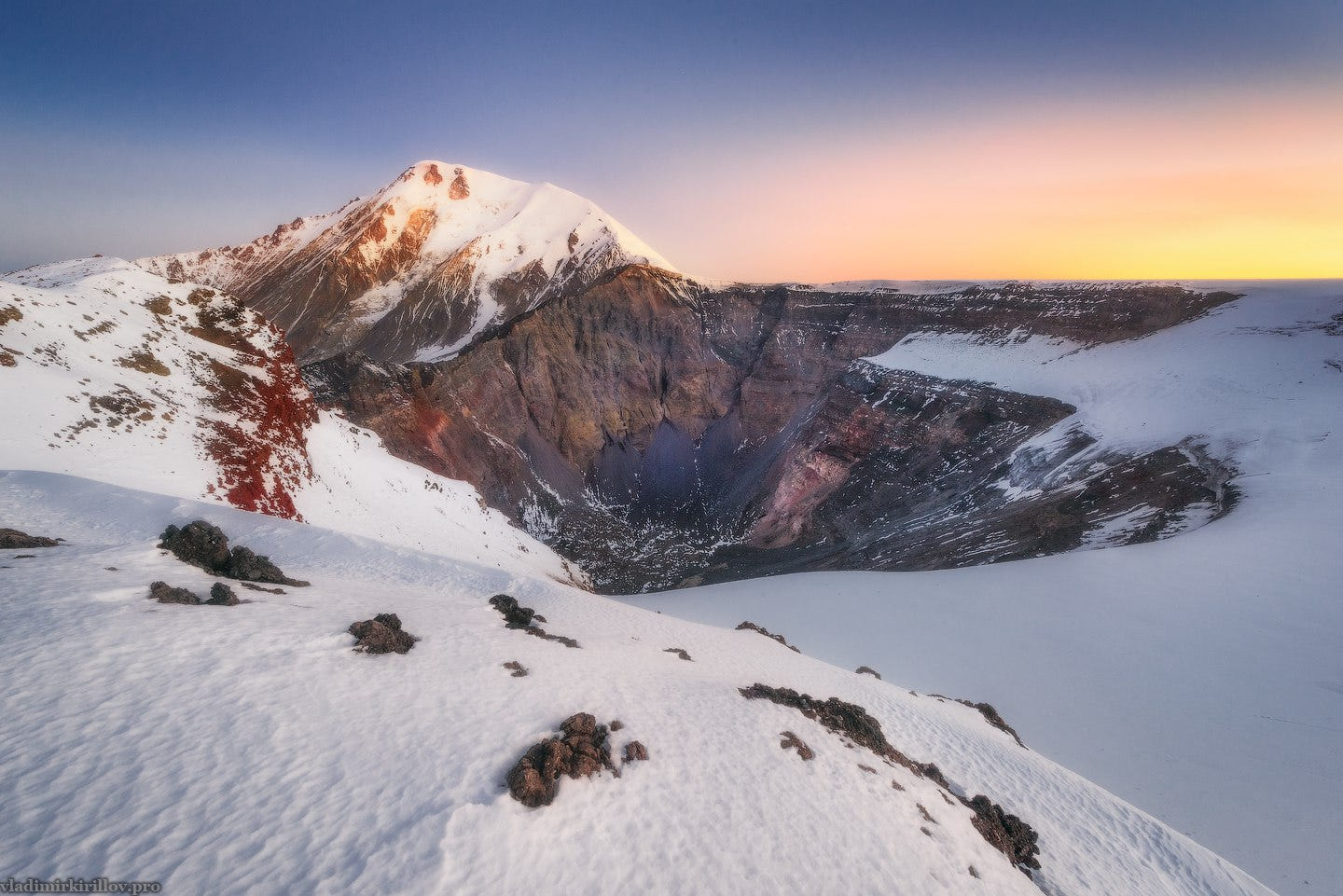 The Bermamyt Plateau is an amazingly beautiful place, one of the best panoramic sites of the Karachay-Cherkessia Republic. It is located on the northern slope of the Greater Caucasus, about 30 km south-west of Kislovodsk in the Malokarachayevsky district of the republic.

The main part of the plateau – Bolshoy (Big) Bermamyt – reaches a height of 2,591 m. Nearby there is a southern rocky ledge – Malyy (Small) Bermamyt (2,643 m). In clear weather, you can enjoy scenic views of the snow-covered peaks of the Greater Caucasus and Mount Elbrus. 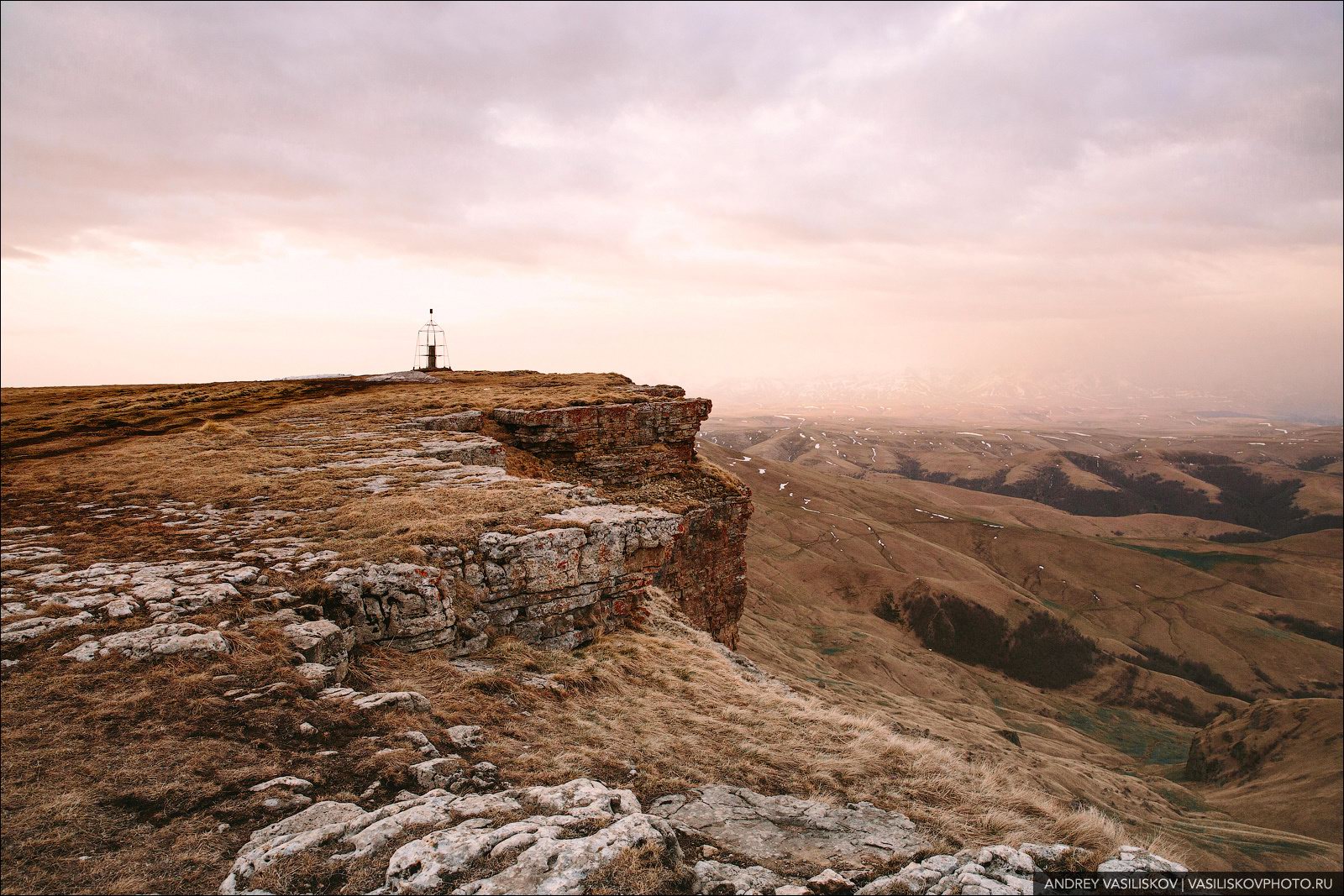 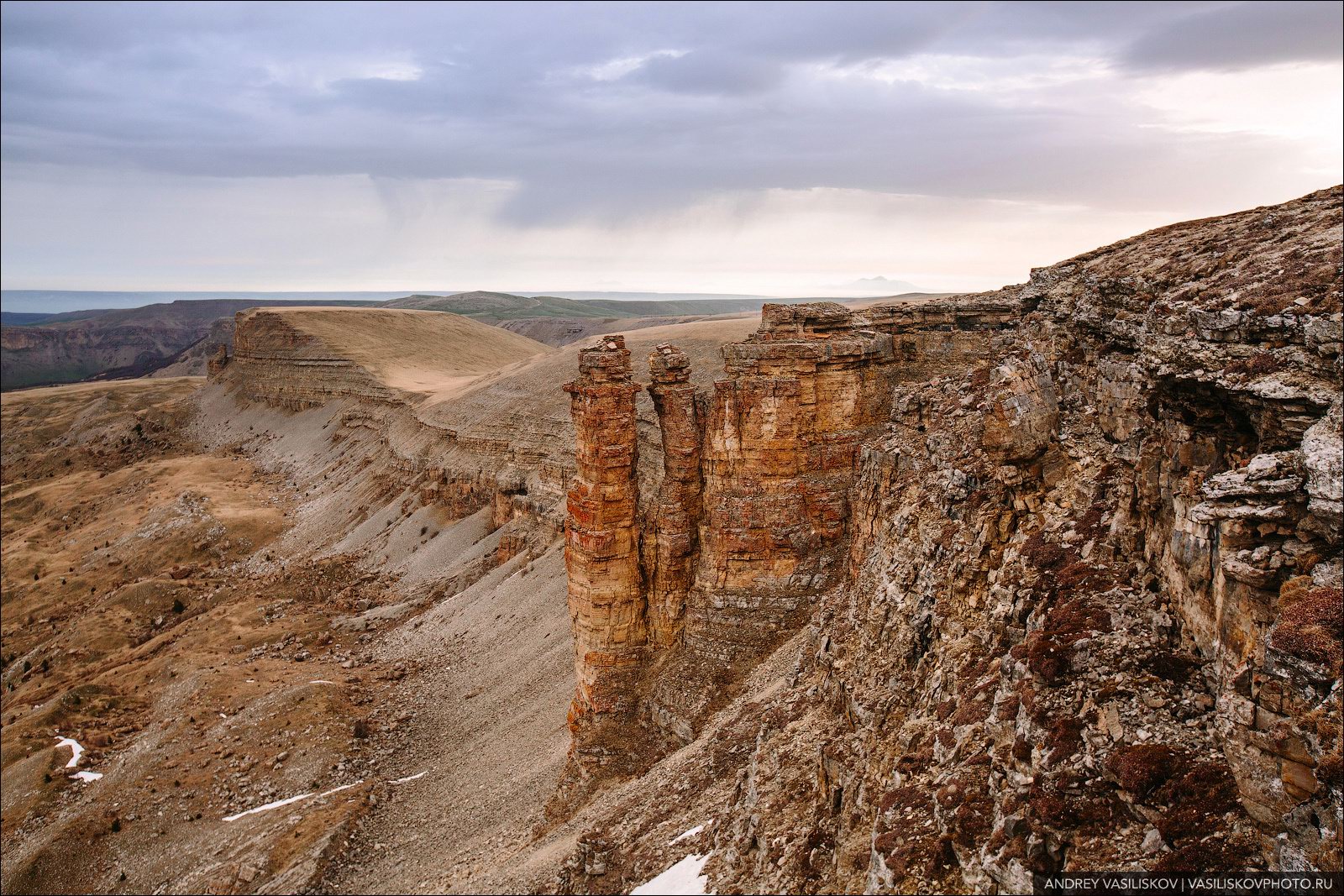 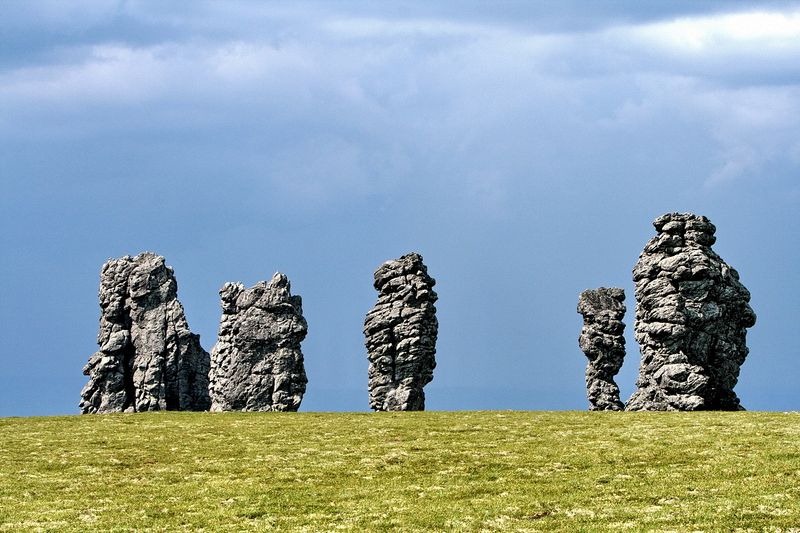 The Manpupuner rock formations are a set of 7 gigantic stone pillars located on a flat plateau, west of the Ural mountains in the Troitsko-Pechorsky District of the Komi Republic. About 200 million years ago this area was a high mountain. Natural weathering by rain, snow, wind, cold and heat gradually destroyed the mountains, especially the weaker rock.

The pillars are also called the “Seven Giants” or “Seven Strong Men”. According to a local legend, the stone pillars were once an entourage of Samoyeds giants walking through the mountains to Siberia in order to destroy the Mansi people. However, the men were confronted by a shaman with the white face, called Yallingner, who turned all the warriors into stones. Yallingner himself was turned into a stone, and since then, the seven formations have been standing in the area, with one facing the other six.

Deemed one of the Seven Wonders of Russia, the Manpupuner rock formations are a very popular attraction in Russia, though not well known internationally and relatively unspoiled by tourism, thanks to their remote location. 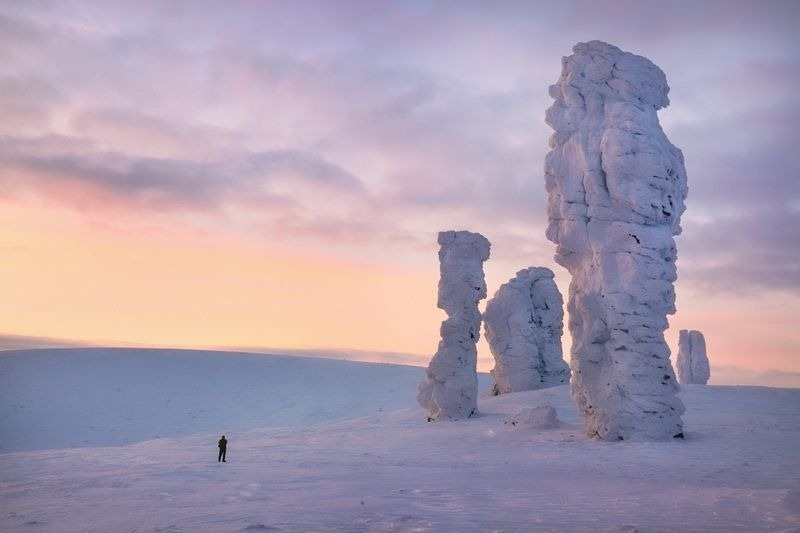 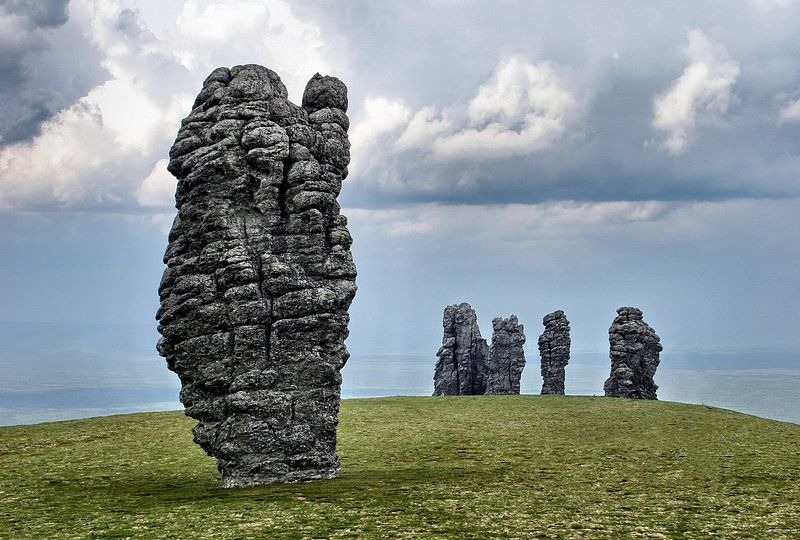 The Lena Pillars are both a UNESCO World Heritage Site and Yakutia’s most famous attraction, and deservedly so. This forest of rock pillars up to 300 metres tall lines the banks of the Lena, Rus

Unbelievable pictures from Iceland, you need to see this now!!!

Bestcontent is a leading news magazine founded in 2019 by Amazing Workz Studios, India. We try to gather information on various topics and provide you with well-researched articles.